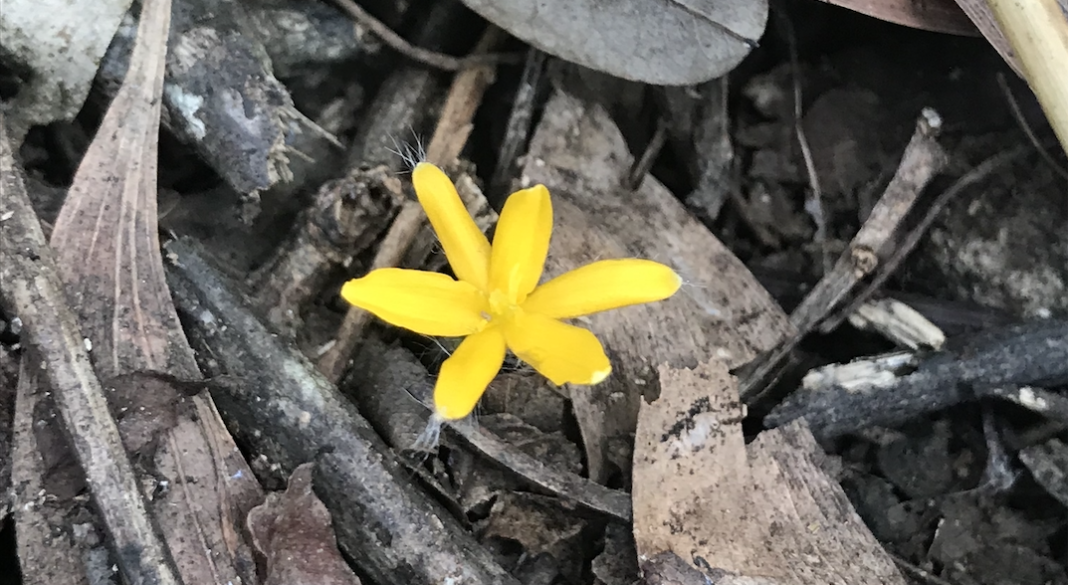 All species September 4, 2020
This narrative considers the struggle to hold on to memories of fading island ecosystems.
600 words

If I knew, I would have paid more attention.

If I knew, I would have tried harder.

I would have pestered my father to wait more patiently for the koko mama bathing her fuzzy chicks in a pothole, threatening to make us late. I would have concentrated on the kokos sneaking in to steal food from our ducks, walking nonchalantly into the cages as if their smooth brown feathers and thin profiles were somehow blending in with the larger, louder ducks. I would have committed the whistling koko calls to memory.

I would have stopped to see the sihek boys, perched in trees on the edges of our yard, quietly studying us and perhaps wondering why an ugly concrete box was now sitting in their jungle. I would have watched more carefully for striking flashes of orange and blue against the cool green darkness of the jungle. I would have paused to watch which trees these sihek beauties favoured, and where they might poke around to find a meal or two.

I would have braved the mosquitos and the wrath of Grandma every night, leaving bowls of kadu to wait while I ran outside to watch the fanihi rouse from their sleep. I would have inhaled the pungent musk of the chattering cloud of furry flyers, leaving their trees as darkness crept out after crimson indigo sunsets burned out at day’s end. I would have studied them, careful to spot tiny babies clinging to mothers searching for nectar in the night.

I would have taken time to savor the rich, dark smells of the jungle and trace fantastic fungus patterns. I would have marveled at the smooth grey skin of pakao seeds, so perfect for launching from a slingshot, and appreciated the sweet sour of golden, sticky piut fruit.

I would have asked my parents to indulge me in even more time in turquoise bays, featuring a never-ending parade of astonishing creatures. I would have floated slowly through the coral tangles, taking time to see shapes and colors and patterns pressing against each other for more space in the crowd. I would have stopped to hear the noises of the reef, the crunching scraping clicking background that is such a surprise under water.

The birds are gone now. The darkness of the jungle has been replaced by the stark white walls of quarries scoured out to feed an insatiable appetite for more buildings, more roads, more stuff. The trees are diminished, the elders falling victim to typhoons or chain saws, and seedlings lost to hungry deer or pigs or rats. Invaders come, remaking paradise in their own image, spreading wide roots or wings or mouths to colonize ever more space.

I sometimes try to conjure visions of that magic past, but even shiny, outsized childhood memories are a poor substitute for birdsong in the morning. Pictures are nice, but an image can never replace a feeling, when the colors are heightened by humid air and rustling leaves and swirling scents that tie you forever to a particular moment and a place you will never visit again.

I will remember, and I will share. Because we must do better.