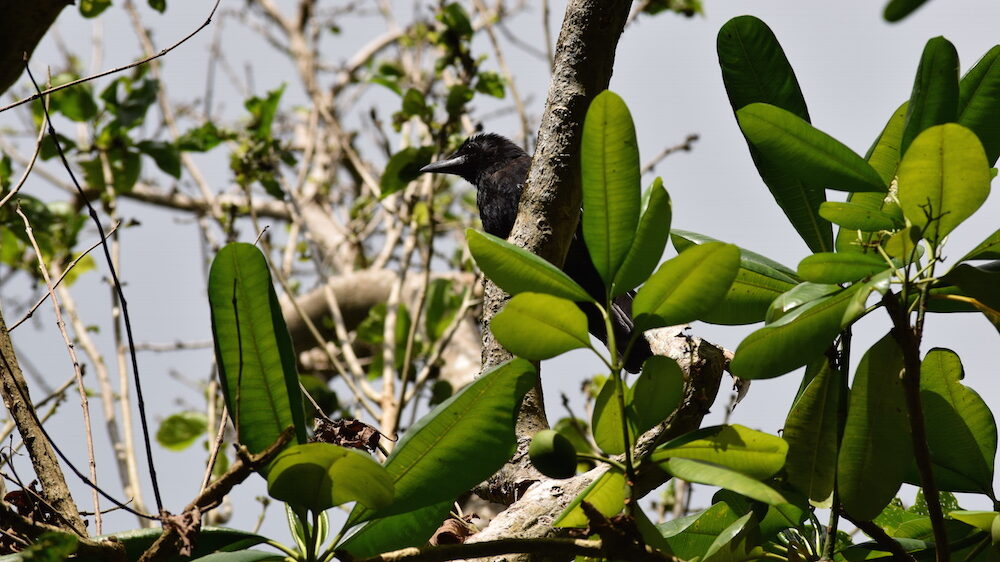 Birds September 2, 2020
A reflection on a moment of togetherness with an Åga (Mariana Crow), a critically endangered species that is now found only on the Island of Rota.
200 words

A series of loud caws distinctive in the midday chatter

With a camera in hand and searching eyes I see it

A glimpse of black feathers among the green leaves

It jumps around as if to hide from my prying eyes

A dance to shy away from my attention

Then it stops—gone in the next breath

The shaky footage evidence our fleeting moments together

Always gone within the next breath

The Mariana Crow, locally and more commonly known as Åga, have unfortunately been facing a decline in their population. Listed as critically endangered under the US Endangered Species Act, the remaining population consists of fewer than 200 individuals and is now found only on Rota, after being driven to possible extinction on Guam with the introduction of brown tree snakes.