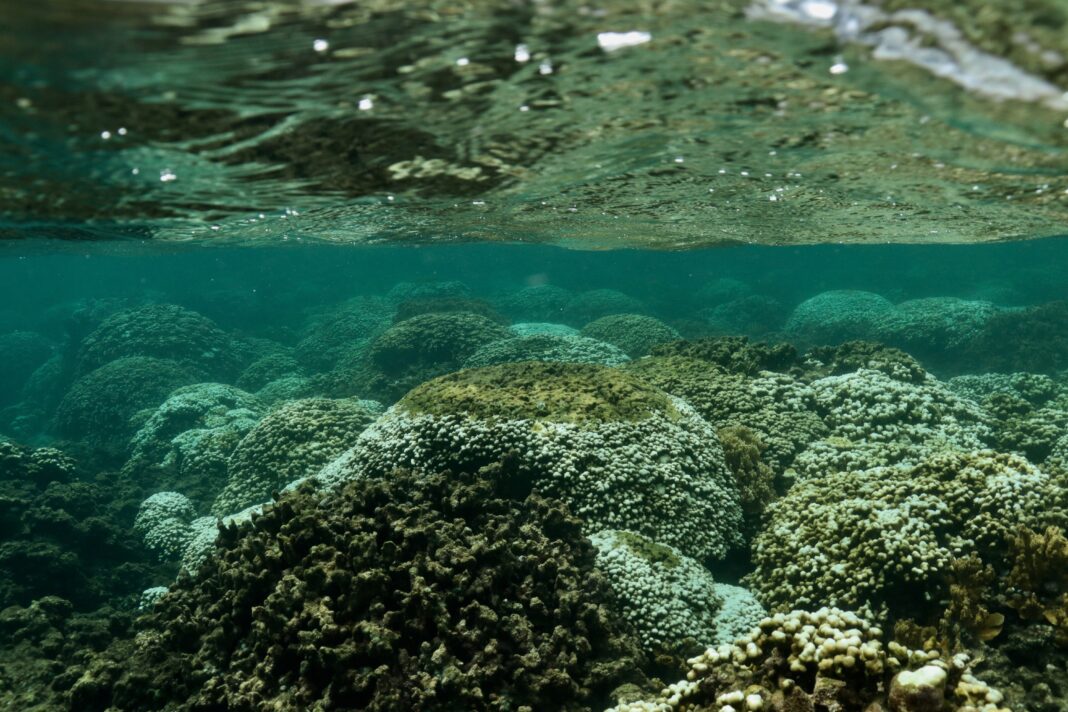 Corals July 28, 2020
What happens to hope when you lose sense of a place? A marine biologist meditates on what it means to float over a coral bay, taking notes as relationships come undone.
500 words

The Sense of a Place

It is mid-morning in Kāneʻohe Bay, the green of the Koʻolau densely tropical, a row of cumulus fringing the horizon. The water is blue-green-transparent, and our 17’ Boston Whaler peels a ribbon of whitewash as we steer north. Ty is at the stern, squinting for turtles and shallow reef. Mariana and I sit starboard and port, camera equipment between us. The day feels sublime. No computers, no screens. Just the wind of the island and this expanse of blue on every side of us.

We anchor and paddle out to the reef. The water is warm – expected for August. But as we near a patch of corals, I feel something begin to shift. The colors do not look right. Caramel browns are turning a sky blue and white. The reef around us is beginning to die.

Not dying – I correct myself – this is not death, this is the thing before that. The science floats to the front of my brain. The word resilience swims around in there, unable to hook itself to a feeling. I remind myself that decades of research here has found that these particular corals will probably make it through. The bleaching is a stress response and recovery in this bay is likely. Underneath me white skeletons glow silently.

We have both been here before – this reef in 2014, and I, in 2016, swimming in another part of the world. In that ocean, off the island of Kalpeni, I watched fields of coral turn bright psychedelic hues before they blinked out. That week something in me changed, and my memory recalls it in vivid, disconnected flashes: the herons that lingered outside my room every morning, geckos sitting still on the tips of salt-encrusted leaves, two children and their grandfather standing on the beach at sunset. And how, sitting with Gafoor as our boat puttered over endless fluorescing reefs, I had felt for the first time that paradox of fragility and resilience: of seeing something die, while knowing that it was only a part of the story. And here I was again, with a new reef. Hovering over it and taking notes as a relationship came undone, feeling viscerally that everything was changing, when, in this case at least, some of it would make it through.

What happens when you lose the sense of a place? Hope feels contradictory. I am unsure what one is supposed to continue to hope for. That the reef will return, over time. That life, in some way, slowly, will flourish again. That the loss will lead to a rebuilding. I genuinely believe that, but they also feel like abstractions. Something that might or might not happen in the future.

Sometimes, maybe, the loss does not lead to much else. It remains raw, a wound unhealed in a corner of the world. Sometimes, maybe, all we are left with is a feeling. It settles over us as we watch the blood orange sky. Our toes deep in shells, sand, and carbonate. The silence roaring with everything we have forgotten.