Birds April 23, 2020
This print of the Hawaiʻi ʻōʻō (Moho nobilis) is part of a series by Brian R. Williams that aims to historically situate processes of avian loss.
100 words 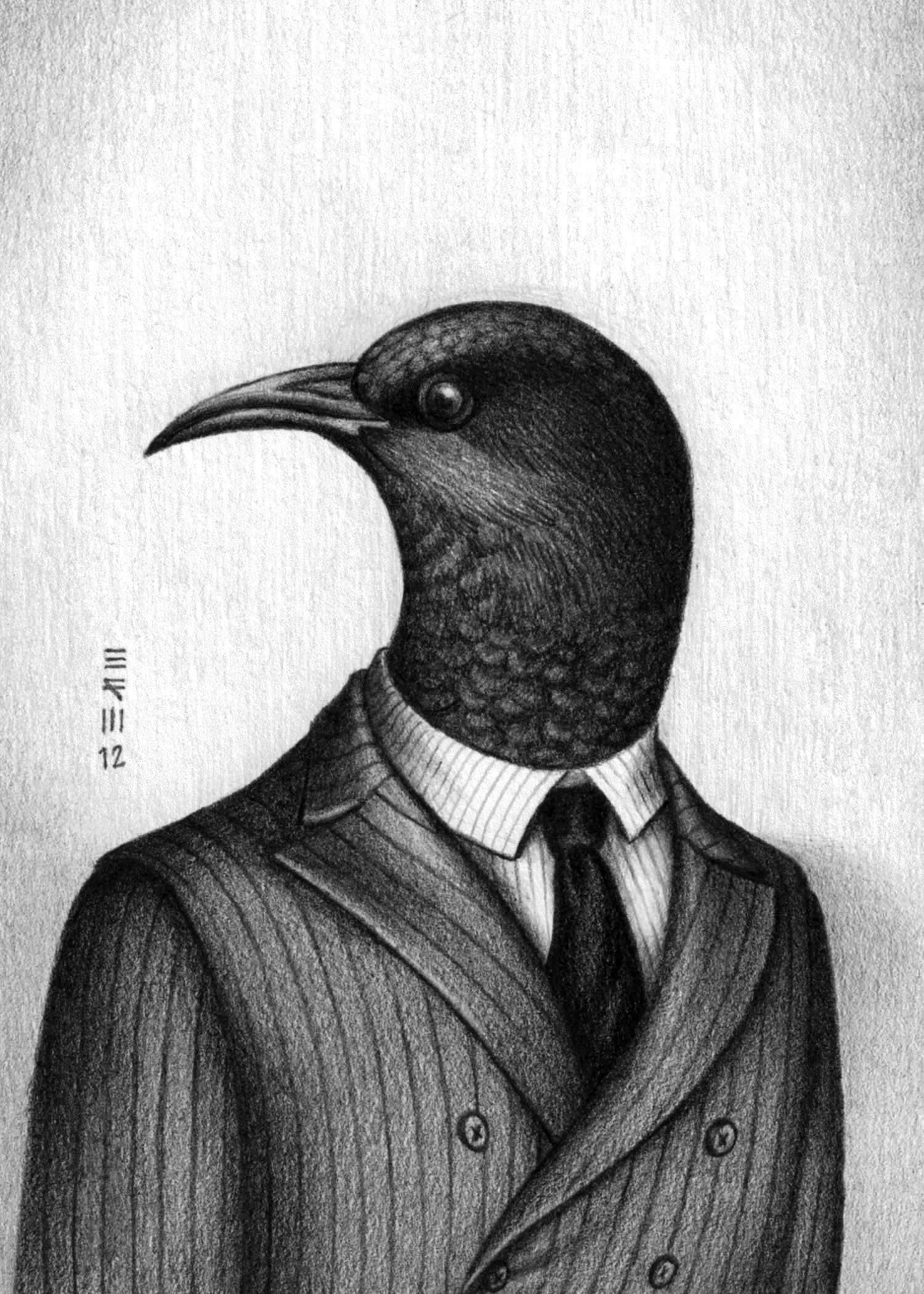 The drawing “Hawai’i ’O’o, 1934” is part of my Extinct Birds series of
drawings. The eight drawings in the series feature birds
that have gone extinct as a result of direct human interference. I
created the series to visually connect the demise of these bird species
with our own history. To give viewers a relatable reference in time when
when these bird species died out, I drew the birds dressed in clothing
that was fashionable during the year that they went extinct. I chose
several species that may not be widely known, like the Hawai’i ’O’o or
the Atitlán Grebe, as opposed to featuring only famous extinct birds
such as the Dodo.

The full series can be viewed here.