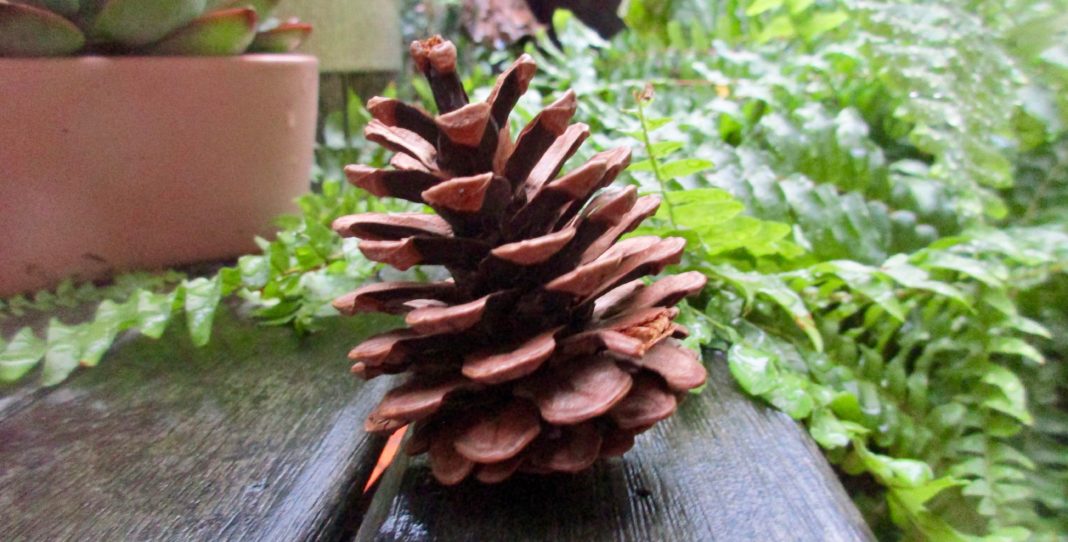 Plants August 13, 2019
Weaving between Australia and Japan, this essay offers a meditation on place, loss, and family - human and nonhuman.
1400 words

For some time, I’d been thinking of writing about Westgate Park, an inconspicuous piece of ground beneath the shadows of the Westgate Bridge at the mouth of the Birrarung (Yarra) River in Melbourne. The idea was to produce a walking/reflective/philosophical essay, an approach to writing that has become increasingly prolific in an era of loss – of vital places, ecologies and the political will we require to combat climate change. At times the genre can result in an exercise in navel-gazing, incorporating aspects of traditional ‘nature’ writing and the wellness industry. Regardless, I’ve always found that walking (and running) places has been a key aid to both my thinking and writing, particularly if I get stuck in a creative/intellectual gridlock. And I was stuck, concerned about how best to proceed with my climate justice research while experiencing a sense of despair about inaction on climate issues. I hoped to utilise a long walk as a means of reflecting on the parlous state of the protection of country. That was my plan, until a dramatic intervention shifted, if not what would become the focus of the essay, an awareness of where and how I would need to begin the process of finding meaning and clarity.

I started to walk many thousands of kilometres from Westgate Park. I was in Kyoto, Japan, early on a Friday morning. The weather was crisp and clear and I chose to walk a quiet pathway beside a canal, located below street level. I had escaped the morning bustle about to kick off in the streets above. I was on my second visit to a city I have since realised that I have come to love. On previous mornings my habit was to run the length of the canal pathway for about two kilometres before cutting through one of the city’s many narrow streets towards the Imperial Palace Gardens. Negotiating a Kyoto backstreet is an exercise in cooperation. Barely able to accommodate the width of a single car, the street I run along accommodates drivers, cyclists, walkers, joggers and small children on their way to school, without the need of the blast of a car-horn or expletive. In the Imperial Gardens, I join joggers, dog walkers and meditators.

On my final morning in Kyoto before returning home, I decided that I would not be running. I needed to walk. Quietly and slowly. One of my younger brothers had passed away, suddenly, two weeks before I left home for Japan, and I had been thinking about him constantly. He had visited me in dreams in which he was youthful and happy. After arriving in Japan I’d hiked into the mountains outside Tokyo, stopped at a temple and lit incense for him. Although the decision to be away from family immediately following my brother’s death concerned me, spending time with myself, walking through forests and beside water was emotionally restorative. I was raised a Catholic and was taught by the Christian Brothers. I thrived in an academic system dependent on the Bible and corporal punishment. I was also an Altar Boy and sang in the church choir. I gave up on religion around the age of thirteen when my Godmother, my mother’s younger sister, died of cancer. She suffered terrible pain and left three young children behind who were unable to comprehend the loss of their mother. I continue to grapple with the concept of spirituality. I do value it in the context of an Indigenous world view and its vital relationship to the balance between human, non-human species and an eco-spiritual existence. But I remain unconvinced of the literal interpretation of living ancestors, or the death of a loved one resulting in an afterlife for humans.

And yet, I’m drawn to moments, events, ‘sightings’, experiences in place that I convince myself carry great metaphysical weight for me – at times, embarrassingly so. As ludicrous as it may seem, I have a serious attachment to pine cones. Perhaps twenty years ago now, I was running around Princes Park in Carlton when I spotted a pine cone lying in the grass. I would estimate that I’ve run by hundreds of pine cones over the years, without paying them particular attention. On that morning, as I ran on, I became obsessed with the thought that I was under obligation to collect the pine cone I had spotted and carry it home. On my next lap of the park, I picked up the cone and took it with me.

The following day I was being interviewed for a position teaching Creative Writing at Melbourne University; a tenured position! I wore a red shirt that morning, a lucky colour of mine. On my way out of the house I instinctively picked up the pine cone I’d collected the day before and took it with me to the interview. I placed it on the desk in front of me as I spoke. Before answering each question put to me by the panel, I glanced at the pine cone for inspiration. I picked the cone up at the conclusion of the interview and was still holding it in my hand when the phone rang later that night. I was offered the job. I’ve called on the pine cone for support many times since that day. Two days after my brother’s death my mother asked me if I would perform the role of celebrant at his funeral. I’m not sure that I had a choice in the matter. I accepted her invitation. On the morning of the funeral I took the pine cone with me to the chapel and placed in on an empty chair in the front row. Each time I felt that I was about to emotionally break down, I looked to the pine cone for strength.

Beginning my morning walk along the canal path in Kyoto, I passed several elderly people out walking. I saw no joggers. It seemed that everyone had decided to stroll rather than pound the earth that morning. Around a kilometre into the walk I spotted a pine cone on the ground ahead of me, and another, and then another. I noticed six pine cones in all, loosely gathered together. They were smaller in size than the pine cone I’d collected at Princes Park. They were beautifully shaped and coloured. I am one of six of my mother’s children. My brother’s death was a stark reminder that, to a degree, we remain children in the eyes of a mother. I stopped and looked down at the six cones, convinced that they had been waiting for me to pass by. I gathered the cones together and sat them on a bench. I studied each one and decided which pine cone represented myself, and which were my two sisters and three brothers, including my brother who had died. I rested five of the pine cones together in a garden bed above the bench and walked on with the sixth pine cone in the palm of my hand, where it became my brother. Returning along the pathway around a half hour later, heading for my hotel to pack my suitcase for the flight home, I saw a young girl with an elderly man sitting on the same bench. She was talking animatedly with the family of pine cones. The old man looked quietly up at the empty sky. 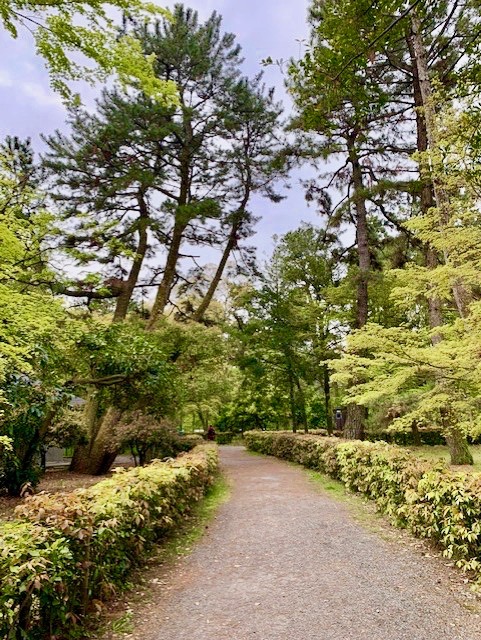 My favourite filmmaker is the Japanese director, Koreeda. His feature films include After Life, Nobody Knows and the recent Shoplifters. A general critique on Koreeda is that his films highlight the value of being ‘with the world’, rather than withdrawing from its challenges. In a time when we read about people experiencing ‘climate grief’, I believe it is vital that grief and mourning do not immobilise us. We must be proactive in tackling the violence enacted against the planet together; be in the world together. I left Kyoto on the same morning as my final walk, and Japan later that night. A cartel of one, I smuggled my contraband pine cone into Australia in a running sock. Back home the following morning, I unpacked my suitcase and placed the pine cone, my brother, on the window ledge in the morning sun. Later that day I sat on the couch and looked across the room at the pine cone. I stood, walked slowly across the room, sat at my desk and began to write.