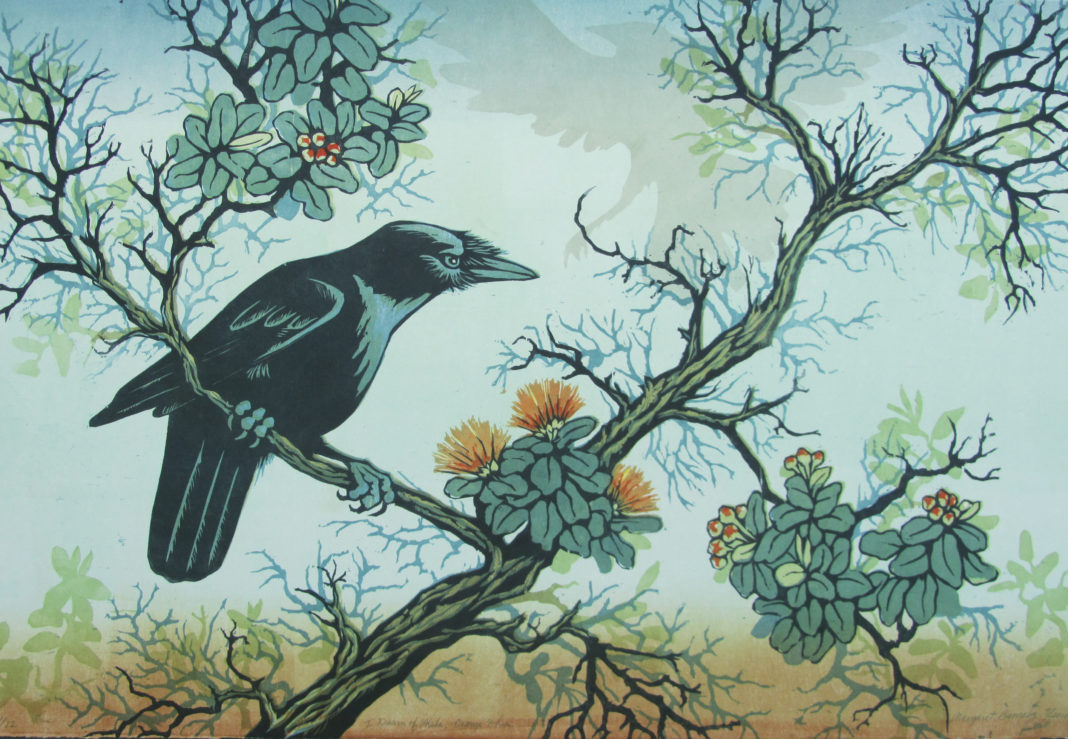 Birds May 25, 2019
This collection of woodblock prints by the artist Margaret Barnaby all explore the plight of the critically endangered ‘alala or Hawaiian crow (Corvus hawaiiensis).
300 words

I Dream of ‘Alala

This collection of woodblock prints by the artist Margaret Barnaby all explore the plight of the critically endangered ‘alala or Hawaiian crow (Corvus hawaiiensis). Reduced to a handful of birds in the early 2000s, all of the remaining ‘alala were taken into captivity and the species became extinct in the wild. In 2017, however, conservationists began to slowly start releasing ‘alala back into the forests of the Big Island, in the Pu‘u Maka‘ala Natural Area Reserve on the southeast slope of Mauna Loa. Throughout this long captive period, when ‘alala were missing from the landscape, Margaret took up the vital work of keeping them and their stories moving in the world, helping to generate awareness and concern. In her words “When I first saw the ‘alala and learned it’s story it seemed the perfect subject for my prints. It is a metaphor for the best and worst of humanity. We caused its demise and we can save the birds. Of course, as an artist the graphic impact of a large black bird is also attractive.”